On Nov. 19, 2020 my exit column for the Coast Reporter went live online. It was one last chance for a little word play based on my last name. The first, my regular column’s title Eckcetera, was suggested by my old high school classmate Angus. 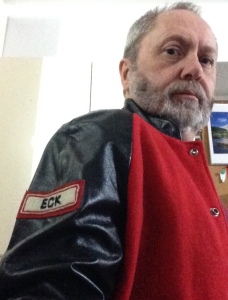 There’s a cliché in reporting that when an athlete at the top of their game or a politician at the height of popularity says they’re stepping away to spend more time with their family, it really means they’re angling for a bigger contract or getting out before a scandal breaks.

In the case of my upcoming disappearance from the masthead of Coast Reporter, the phrase does exactly what it says on the tin – I want to spend more time with my family.

That was the long-term plan when I moved back to the Coast in 2006 after getting a degree, getting married and launching a career in Ontario, and now that the provincial election is over my assignment sheet is clear and I can step back from the day-to-day business of reporting.

I’ve been avoiding the word retirement, because I’ve discovered after more than 30 years in broadcasting and journalism that just when you think you’re retiring or moving on to other pursuits, work sometimes ambushes you and – poof – there you are, back in front of a keyboard or in a studio.

It’s happened to me twice in the past 14 years.

In 2006, I wasn’t sure what a radio reporter could do for work on the Coast so I was mapping out my Plan B.

Enter CKAY, now Coast FM, co-founder Bob Morris, who had the foresight to launch a local radio station at just the right time for one of the Coast’s prodigal sons to head its newsroom. Thanks Bob.

The second time was in 2015, when I left CKAY and was once again ready for an early retirement from media.

I even got a nice card and farewell remarks from the mayor and council in Gibsons (see Gibsons Briefs, Coast Reporter Dec. 4, 2015 p. 15).

Then I got a call to ask if I would be willing to cover for a vacationing Coast Reporter staff member. More calls came, followed by editor John Gleeson extending the offer of a full-time job.

The best I could do when I walked back into the Gibsons council chamber and shifted one seat over at the press table was offer a shrug and smile.

I owe John and the rest of the team at Coast Reporter a big thank you for letting an old radio dog relearn some print reporting tricks and add a few new ones to the repertoire, including, as of today, the tradition of the exit column.

My time covering the Coast has spanned five mayors of Sechelt, three mayors of Gibsons, four regional district chairs, four MPs, one MLA and infinite permutations of the ferry schedule. I’ll leave you to guess which was the most frustrating.

To the readers and listeners who followed my work, thank you. Especially those of you who actually read the articles before posting comments.

Good parting quotes like “so long and thanks for all the fish,” “good night and good luck” and even the classic “-30-” have already been used by reporters who came and went before me, which leaves me nothing to sign off with but the words of the classic cartoon character Snagglepuss: “Ecksit – stage right.”